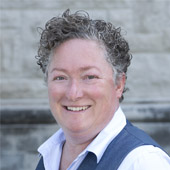 Mx. Henderson is a Research Associate for Prevention Insights at the Indiana University School of Public Health- Bloomington. In that capacity, they specialize in localized opioid education naloxone distribution (OEND) programming.

Henderson has developed and deployed trainings at the local and state levels to build community capacity using data and technology in overdose prevention. Most recently, Henderson was an MPI on a NIDA STTR Phase I Feasibility Trial during which they participated in dozens of community engagement and recruitment events to involve laypersons in the OEND program developed by Henderson and their team. Henderson’s credentials include earning two Indiana University graduate degrees; one in Public Health, and another in Applied Communication Studies.

If you have questions, please contact Cris Henderson, the Project Director, at naloxone@iu.edu.